The Brotherhood of Fatherhood

I turned the leather journal over in my hands. It’s peanut brown cover felt soft and supple. Inscribed on the front were the words “Best Dad Ever.” A father’s day gift from my wife. After packing clothes, shoes, and toiletries for the Dad 2.0 Conference, my carry-on was bursting at the seams. To save room, I decided to leave my laptop at home and just bring the journal. It would be a nice break from screens and a chance to do some real reflection. There’s just something about writing with pen and paper that brings out my genuine voice. It was only the third night of my weeklong trip, and my journal was starting to feel like a trusted friend.

It was Friday night and everyone at the conference was gearing up for an event called Dad’s Voices. It had been described as an open-mic performance where attendees of Dad 2.0 could share and workshop their writing. Many dad’s I met at the conference who had attended in the past mentioned that Dad’s Voices was a highlight because it was a space where men truly opened up, shared their emotions, and found solidarity in the experience of fatherhood. I was particularly excited for the event because it would be my one chance at the conference to publicly share my writing about how fatherhood has transformed my life and allowed me to find meaning and purpose.

It was a few hours before the event and the Fathering Together team was huddling to review the day and discuss insights gained at the conference up to that point. I’d spent the last day and a half getting to know the guys in this group, and I was beginning to feel a genuine kinship with many of them. One of men in the circle, whom I hadn’t met yet, leaned over to me and said, “nice journal.” He had the shining silver hair of a man with lots of life experience under his belt and the vibrant smile of someone who has embraced those years with gratitude and grace.

“Thanks,” I said. “I carry it with me everywhere I go.” He smiled. “I can tell,” he said. “Your handwriting caught my eye. Do you do a lot of journaling?” I nodded. “Yeah,” I replied. “I try to do some writing every day. I like to think of my creativity like a voice and the more I write, the easier it is to hear.” His eye lit up. “Right,” he exclaimed. “It’s like a muscle that you have to exercise. The more you flex it, the stronger it gets. I’m David,” he said as he extended his hand for an introduction. “I’m Kyle,” I replied and shook his hand firmly.

The Fathering Together debrief continued and as the conversation came to a lull, David mentioned that he had to sneak away because he and a number of other Jewish men at the conference were organizing a Shabbat ceremony to welcome the Sabbath and honor an influential member of the Dad 2.0 community who had passed away. He looked directly at me and asked, “Does anyone want to join us?”. Because I’m not Jewish, my initial thought was to assume that he wasn’t talking to me, but possibly other members of the group who were Jewish. As I looked around and saw that no one was responding, I realized that it was an open invitation.

Because I’m not Jewish, my initial thought was to assume that he wasn’t talking to me, but possibly other members of the group who were Jewish. As I looked around and saw that no one was responding, I realized that it was an open invitation.

In the past few months, I had been doing some reading about the origins of Judaism which I found to be fascinating. Aside from the tragedies experienced by the Jewish people throughout history, it was a religion that I had never really learned much about. I had been meaning to seek out experiences that might help me learn more about the Jewish faith and here came my new friend David who was offering me an opportunity to do just that.

Before the conference, I had set an intention to be open to whatever God had in store for me. I decided to ignore my fear of the unknown and follow my curiosity. “I’ll come,” I said. David gave me a smile that made me feel like he already knew I would join him even before he asked the question. “Great,” he said. “Let’s go.”

As we walked through the hotel, David told me about his morning journaling practice and I shared my love for the lost art of writing by hand. When we arrived at the spot where they had agreed to hold the Shabbat, there were a few other men waiting. David let them know that I would be joining as a visitor. They all smiled and welcomed me without any hesitation. I was amazed by the welcoming kindness of these men in sharing their culture and customs. With the history of horrors experienced by the Jewish people I expected them to have some weariness about me as an outsider, but there wasn’t a shred of suspicion from anyone in the group. It was a beautiful example of how trust can be used to build bridges across difference.

With the history of horrors experienced by the Jewish people I expected them to have some weariness about me as an outsider, but there wasn’t a shred of suspicion from anyone in the group. It was a beautiful example of how trust can be used to build bridges across difference.​

Soon more men arrived. Ariel brought a Torah and Aaron brought bread and wine. The ceremony began with Ariel leading the group in singing a blessing called the Kiddush. Though the men had never performed together as a group, their voices harmonized like a choir as they sang the Hebrew words in unison. The small hotel meeting room was filled with music and a distinct spiritual energy of celebration and praise.

(And God blessed the seventh day and declared it holy, because on it God ceased from all the work of creation that God had done.)

As the ceremony continued, several onlookers poked their heads in to see where the singing was coming from. Each of them was invited to join and one decided to stay and observe, like me. After each blessing, the men would stop to explain the meaning and significance of the song. I came to learn that the Shabbat is a weekly tradition of rest and relaxation in the Jewish culture, observed from sundown on Friday until sundown on Saturday night. Time is taken out each week to slow down, disconnect from the fast pace of life, and appreciate the gifts in our lives, including friends, family, and nature.

After the Kiddush, the wine was blessed, and the cup was passed around. My only frame of reference for drinking wine in a religious ceremony was the holy communion taken during the Catholic services. When I was younger, I would sometimes attend mass with my friends but was never allowed to take the sacrament since I was never confirmed through catechism. Since I was a visitor at the Shabbat I politely declined and passed the cup along to the next person. As the cup continued around the circle however, several of the men shared glances that made me feel like all were welcome to join in this part of the Shabbat as well. So, when the bread was blessed and made its way to me, I ripped a hearty chunk from the loaf and popped it in my mouth. “Ha-motzi lechem min ha’aretz,” the men said as they took their bread and ate.

Finally, the group sang a blessing in honor of Oren Miller, the founder of the Dadblogger movement and a Jewish man, who had passed away from lung cancer. David explained that the song they sang was one traditionally sung for the dead, but that it did not actually mention death. Rather the song focuses on celebrating life and the goodness of God. “That’s beautiful,” I thought to myself. “If only we could all take death as an opportunity to celebrate life in this same way.” My heart felt full as the men swayed to the sound of their soaring voices.

My heart felt full as the men swayed to the sound of their soaring voices.

“Gut Shabbos!,” exclaimed Ariel. “Gut Shabbos,” shouted the other men in unison. Without prompting, each member of the group began exchanging hugs with one another. Not a single member of the group was skipped. We embraced one another as brothers and expressed our gratitude for the transcendent moment that we’d just shared together. Although I was still excited about Dad Voices, I realized that David’s invitation to join this impromptu Shabbat ceremony would be hard to top.

More than any other memory from my first time at Dad 2.0, this moment was special. It truly symbolized the welcoming camaraderie that I felt from everyone at the conference. My biggest takeaway from attending Dad 2.0 is that fathers share a common bond. We all have different backgrounds, identities, and beliefs. And, when we come together to share and celebrate the richness of those different experiences, as we did at Dad 2.0, we realize that there is something that unifies us. Something that can provide support and strength when the challenges of parenting feel overwhelming. Something that can connect us in celebrating the joyous milestones and tiny victories of life as dads. That something is the brotherhood of fatherhood.

*This post was originally published at www.kyleashlee.com on March 10, 2020. 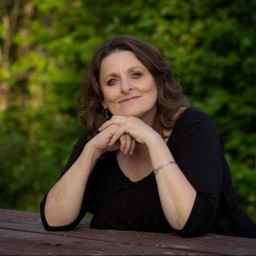