Parenting: Can you grin and bear it?

When the clock is ticking and I am under some type of schedule the stress of being a parent is at its peak.

A 2-year-old not only disregards a schedule, they seem to spit in its face. I have attempted two strategies to combat the stress of getting out of the door. One is to start getting ready earlier. The other, be okay with a late arrival.

Result? I am still a little late and am upset when it happens. Luckily there are many occasions when getting there on time is unimportant. Yet, the ridiculousness of the out-the-door shuffle remains.

In the story ahead I had no schedule, deadline, or person waiting on me. I was starting 2 weeks of solo parenting while my wife was away. My daughter had woken from her nap.

I wanted to take her to the park while it was still sunny. A trip to the swings would be set the right tone for the time together that lay ahead.

After she gave her verbal excitement to make the trip, we set off into the get-out-the-door dance. Although there were still a few hours of daylight I began to get anxious that we were going to miss the window.

She became cranky and refused to get ready. I flipped into low-aggravation gear.

Below is the verbal and mental transcript from that moment

Spoken to my daughter:

This jacket or that jacket?

This hat or that hat? Yes, you need a hat. Then I will choose this hat. Okay, that hat.

These socks or those socks?

Honey, please come back over here.

Which shoes? No, we can’t wear those shoes. How about these shoes?

Okay…Where is the sole of your shoe?

I bet the sole of the shoe is in the car when she took them off earlier. (It was)

Do we need a snack for this amount of time? Probably, we always need snacks.

Changing bag? Is this stocked with diapers, wipes, and extra pants?

Out the door! Wrong keys. Back in the door. Correct keys! Out the door and to the car.

Spoken to my daughter:

Here is the sole of your shoe!

This is a typical script for a trip to the park with no schedule. Monday mornings can be another type of circus altogether.

Somewhere between losing the sole of her shoe and then finding it, I lost it myself. I kept it composed for my daughter. I doubt she noticed anything at all. I lost it mentally.

The insanity of getting out the door to go nowhere, in particular, made me feel as if I was going mad. “Why does such a simple task need to be so hard?” I implored the world.

Finally, at the park, I met another father who reassured me that I was not alone.

In full play mode with worries forgotten my daughter and I scrambled around the park.

Two boys and their father were weaving in and out of our play area as well. Everyone seemed to be having a great time. Both of us stayed engaged and positive throughout the 20+ minutes we played nearby.

He seemed to be the kind of father I could connect. I even noticed him using some positive language that takes effort to learn and execute. Phrases such as, “do you have a plan,” instead of “Be careful!” when his boy was climbing.

As it became later and he attempted to wrangle the boys home for dinner I made a “have a good night, hope all is well,” comment. He turned to me and stopped in his tracks.

With his eyes locked straight dead into mine he said, “its been a hell of a weekend.” I nodded with a straight face in agreement. He then grinned as if to say, “you know exactly what I am feeling right now.”

He scooped up his 3 year old and they both laughed while heading to the car.

I have no idea what “a hell of a weekend,” meant to that father. I do know he put on a great face for his boys.

He was present and engaged with his children when it was clear there was an inner storm blowing.

It inspired me to continue the journey of parenting with my head held high. Sometimes you have to grin and bear it until the magic returns. 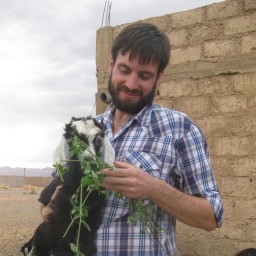